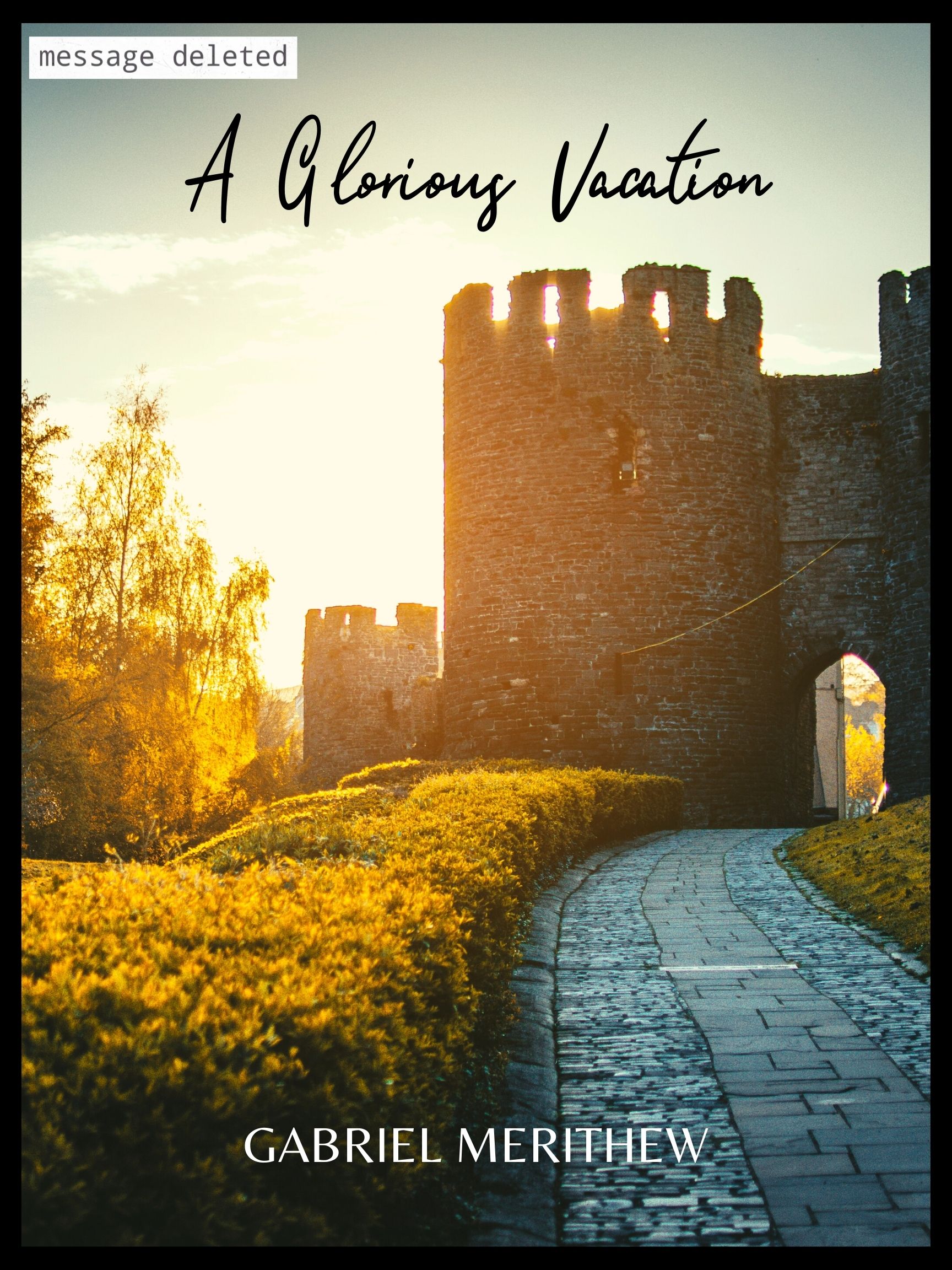 Alexander yearns to escape the confines of a life of luxury that has left him entirely disconnected from the real world. Today is the day he embarks on a glorious vacation away from it all, finally fulfilling his dream.

A gentle evening breeze danced through the room, swirling playfully around Alexander. It was a warm evening, both in temperature and hue, and as on all such rare occasions, he wore a flowing silk button-down that would flutter about and caress his skin in a most tantalizing manner. He paused at the window to feel the silk tickle his sides and drew as much of the sweet air into his lungs as he could possibly fit, savoring its sweetness before turning his back and marching purposefully over to the most elegant of phonographs. He wasted little time sifting through his extensive record collection before pulling one free and placing it upon the plateau. A moment of scratchy static proceeded once he set the needle on the spinning record, then the orchestra began to play, with infectious and invigorating gusto. Alexander knew the piece well and conducted the musicians confidently with an invisible baton as he crossed to the suitcase that lay open on the bed, empty and awaiting him. The plan had commenced and he was right on schedule. A shiver of excitement ran down his spine, though whether this was provoked by giddy anticipation or the silk fluttering about him, he did not know. But the fact remained that this evening was more special than all those that had come before.

Alexander was going on vacation. A vacation he’d spend sleepless nights planning in his mind in extensive, glorious detail. He’d yearned to leave the suffocating stone walls of the manor for as long as he could remember. He’d imagined leaving everything: the vast, eternally cold rooms crammed fit to burst with the finest furnishings money could buy, the most loathsome paintings of ugly ancestors whom he’d never met and would never have cared to meet, but most of all he imagined leaving the manor grounds. The spacious and carefully manicured grounds that had held a fascinating beauty in his young eyes, but that amorous admiration had long since waned and now, looking out at the same scenery over and over made him ill. Alexander never considered himself an angry man and had even boasted at a dinner party once that he never experienced anger, saying that he was a most peaceful fellow. But lately, it had been hard to justify his ever more frequent outbursts at the drop of a pin, and he was coming, with some difficulty, to the conclusion that he was in fact an angry man. Though this realization wasn’t without a silver lining, and he quickly used it as ammunition to further justify his vacation.

Memories of anger and regret swirled around Alexander’s mind as he folded his clothes neatly and placed them into the suitcase, but he did not engage with these thoughts because they were no longer relevant, and would only deter from the pure raw joy he felt right now. With every passing second, he was closer to his departure. The negative thoughts faded away.

Once the suitcase was properly filled with the necessary provisions, Alexander straightened and once again crossed to the window to see if his carriage had yet arrived. It had! As soon as he lay eyes on the carriage, with the harnessed horses in front looking as giddily anxious to leave as he was, the fact that he was actually leaving seemed to come into sharper focus and he began to laugh lightly, the euphoric sounds echoing off the walls around him and harmonizing most beautifully with the music.

Alexander continued to laugh as he glided swiftly across the room, picked up his suitcase, and descended the stairs, making his way to the hunting supply room in the basement. Once in front of the heavy wooden door, he retrieved the key from his pocket and turned it, hearing the lock click followed by the creak of the door opening. Without wanting to waste a single second, he snatched a gold-encrusted shotgun from its case along with a small pack of shells. His eagerness spurring him on, he raced back up the stairs, through the double front doors, and out into the courtyard where the carriage was waiting. He couldn’t put a finger on the necessity of the shotgun, but something told him it would be essential on his travels.

Grinning and waving excitedly at the carriage driver, Alexander hurried over to it and climbed aboard, stowing his suitcase and shotgun carefully on the seat opposite him.

“Where to, Mr. Cunningham?” The driver asked, looking over his shoulder and smiling kindly at Alexander.

The driver shook the reins and the horses cantered merrily down the dirt road leading them away from the manor. Alexander didn’t bother to look back. It didn’t phase him at all that he might never see the place he was raised ever again.

He took a deep breath and gazed out the window happily as they finally crested the hill. The golden color of the evening had turned a deep orange and would soon give way to darkness. The wind had picked up now and was growing cold, but Alexander made no move to retrieve his coat from his suitcase.

A few minutes later when the last orange streak of cloud had turned grey, the carriage stopped on the side of the road, surrounded on both sides by dense forest. There were no significant landmarks in sight. Feeling like the happiest man on earth, Alexander grabbed his suitcase, his shotgun, and the small pack of shells and stepped out of the carriage. After thanking the driver for his services, he proceeded to watch until the carriage disappeared around the bend.

Putting the final step of his plan into action, Alexander disappeared into the forest and sometime later the ringing shotgun blast signaled to the world that he’d finally embarked on his glorious vacation.