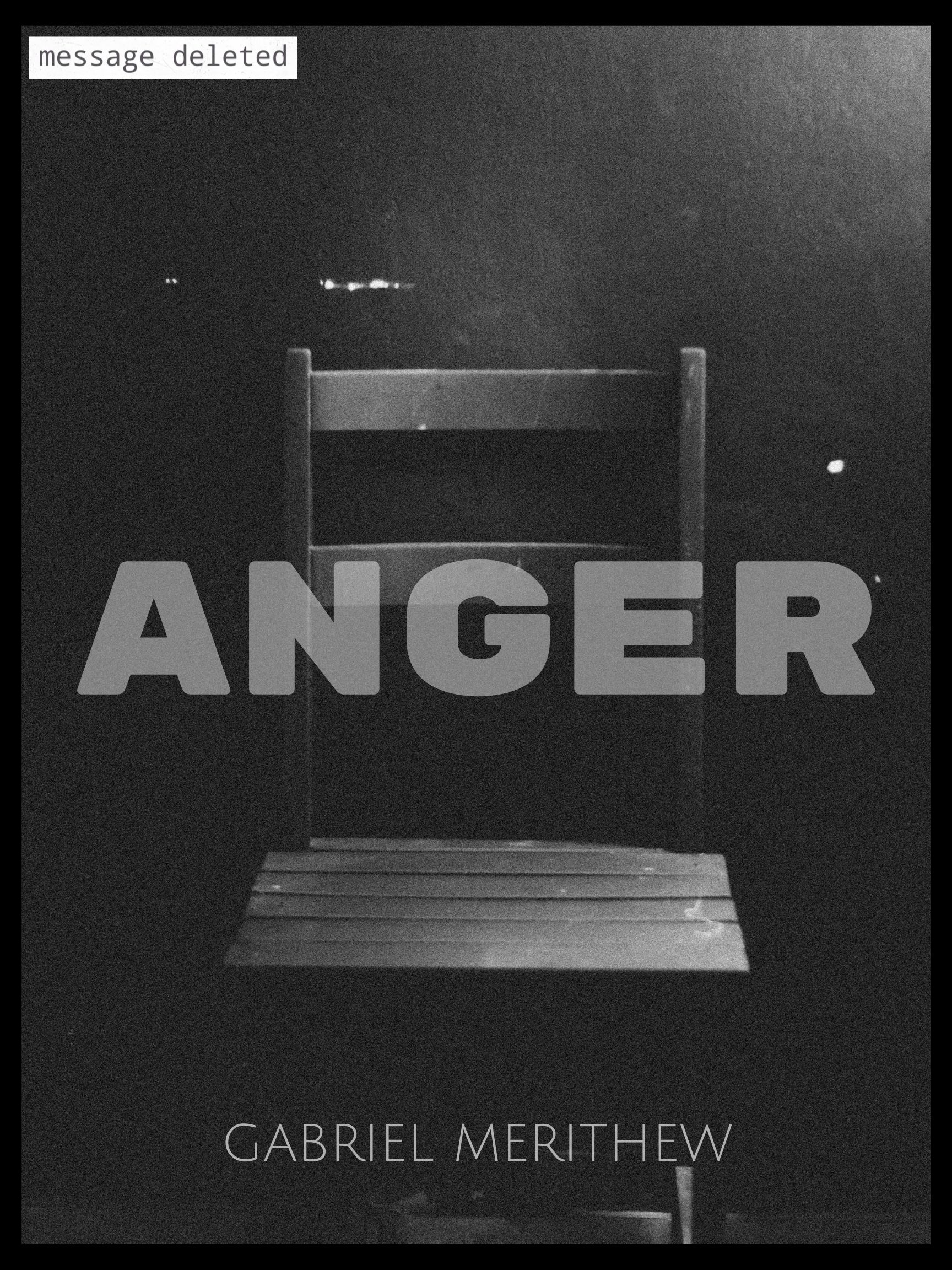 Edward Ronson has anger issues. Held captive in a dimly lit room, he must prove that he can let go of his anger before he can be released. But everything isn’t as it seems.

“What is your name?” The soothing female voice echoed around the small chamber.

“Do you know where you are, Mr. Ronson?”

The dimly lit room smelled of mold, strong and damp. Edward sat on a metal chair in the center of the room, facing a one-way mirror. His hands were cuffed behind his back, and his head bobbed slightly. The drugs were still wearing off.

“Where does it hurt.”

“Are you feeling anger right now?”

“I’ll be the one asking the questions today, Mr. Ronson. Answer them correctly and you’ll be released from this facility.”

“How do I know what the right answer is?”

“That’s another question, any more will not be tolerated. Now… Do you know why you are here?”

“I don’t even know where here is.”

“Is that your answer, Mr. Ronson?”

“What crime did you commit?”

“Is that your answer?”

“Very well. Do you remember anything before you were admitted to this facility?”

“What do you remember?”

“A photograph of my family.”

“Can you be certain that the photograph was of your family?”

“Do you remember anything else?”

“No, because you took my memories.”

“False accusations will not be tolerated either, Mr. Ronson.”

Electricity coursed through Edward’s body, causing him to scream in pain and shock.

“Do you remember what fresh air smells like in autumn?”

“What kind of question is that?”

Another electric shock was administered and Edward writhed in his chair, then slumped over when it ended.

“Do you remember how the sun feels on your face?”

“Are you experiencing anger now?”

“Can… Tell me anything. I want to know why I’m here. That wasn’t a question!”

“Are you experiencing anger, Mr. Ronson?”

“You were admitted to this facility after committing a crime, as you know based on your previous answer. Though I don’t believe that you don’t remember what crime you committed.”

“Mr. Ronson, you have an opportunity to walk out of here today. Would you like to take it?”

“Then I only have one more question for you. Do you know what one plus one equals?”

Electricity made Edward go stiff as a board, then relax, feeling as if his muscles had turned to mush.

“Yes. One that a young child would have no trouble answering correctly. You are now facing your opportunity for freedom, Mr. Ronson. Will you take it by answering the most trivial question?”

“You know what. I think you’re trying to trick me. I don’t think you fuckers are ever going to let me out of here… so kill me.”

“Would you choose death over answering a simple question, Mr. Ronson?”

“Are you experiencing anger, Mr. Ronson?”

Edward’s voice echoed around the small chamber, but just as the silence swallowed him once again, he heard a metallic click and felt the handcuffs fall away. He fell to the floor and lay there, breathing in the thick layer of dust that covered it.

Then, with his head spinning, he used the chair to pull himself to his feet and crossed to the only door in the room. A door that he couldn’t remember entering through. He felt anger coursing through his veins like lava as he opened the unlocked door and walked through, letting it latch shut behind him.

For several seconds he was completely blind. The sunlight was excruciating. He rubbed his eyes vigorously, and screamed in anguish, though due to which of the many pains he now felt, he did not know. When his vision finally cleared enough to just barely see, he looked up to find a group of bewildered people standing still and looking at him apprehensively.

He blinked some more and a bakery came into view. He’d emerged into a bustling bakery. Turning around, he looked at the door which he’d just walked through. He reached out and grabbed the handle, pushing it open. There was a small room on the other side, but this one was brightly lit with a tiled floor, a row of sinks, and many stalls lining the far wall.He felt a particularly strong stab of pain in his head and fell over onto the floor. Then suddenly, the pain vanished and the memories returned.

“I think so, must’ve slipped.”

“Here, let me help you.” His wife helped him to his feet, then said to the onlookers, “He’ll be fine. Excuse us.”

She led him over to a small table upon which were two coffees. One said Edward, and the other said, Jane.

“Are you sure you’re okay?”

“Oh, honey. We’ll find a way to get through this. Just relax, okay. Oh, God… This must be so hard on you.” She grabbed his hands in hers and looked her husband in the eye, smiling kindly. When she spoke, her voice was as soothing as ever. “Are you experiencing anger, Mr. Ronson?”